The Psychological Impact of Being a Wallflower

To be a “Wallflower” is to be someone that possesses an introverted personality type. It is someone who will attend social gatherings and parties, but distance themselves from the crowds -- avoiding the limelight.

Being called a Wallflower is not necessarily a compliment in some contexts. In fact, if you were to call someone a Wallflower, it is almost like the exact opposite of calling them “the life of the party.” It is sometimes hard to truly determine whether or not you are a Wallflower. These people tend to shy away from things, and be socially awkward, or don’t even have any friends at all.

Take it from me, a retired Wallflower. In today’s age, we are all given labels and once you’re stamped, they are incredibly hard to remove. Luckily, that was not my case -- and it doesn’t have to be yours either.

A few years ago, I was probably one of the biggest introverts you could ever meet. I ate lunch in the bathroom, listened to music in my room over the weekends, I even played mahjong with my mom and her friends since I didn’t have any of my own. This period of my life also coincided with what was my worst depressive episode thus far. It lasted a solid nine and a half months, but it felt forever. If you were or are like me, let me give you some advice:

Seriously, the first step to coming out of your Wallflower shell is to intertwine with the crowds, not run away from them. That was the first step I took, and now I am probably one of the biggest extroverts I know. Sure, it took a while—but I got there.

By the time I reached my freshman year of high school, I was a completely different person. I had all these new hobbies and interests and friends. People never would have expected the person I am today if they saw who I was all those years ago. However, just because others see me as someone new, doesn't mean my reflection doesn't still portray the sad, insecure little girl I used to be. I still feel like I am hiding behind a mask at times, peering through the eyes to see if it's safe to uncover my facade. It is and will always be a struggle to get rid of that past reflection. It is part of your story, but eventually, you will wake up and look in the mirror and see who you’ve become and not who you used to be.

Being a Wallflower, whether it’s temporary or permanent, can seriously impact one's views on the world. The grass will look less green, the sky less blue. The shower won't burn enough and you’ll always be locked in your room. Some prefer it this way.

But how can you know what you prefer until you experience the other side, the “life of the party side?”

Ilana Rubenstein is a BBG from Greater Jersey Hudson River Region and she is her chapter's N'siah!

BBYO Austria Is On the Move

Three years ago, BBYO Austria was just a small idea that we knew would be hard to carry out because there were already many youth groups in Vienna. Today, we are thriving and just hosted more than 30 participants at our Fall Kickoff!

This week's Torah portion teaches us that even though our plans have been disrupted, there are opportunities for growth we never expected

Judaism and the Climate Crisis 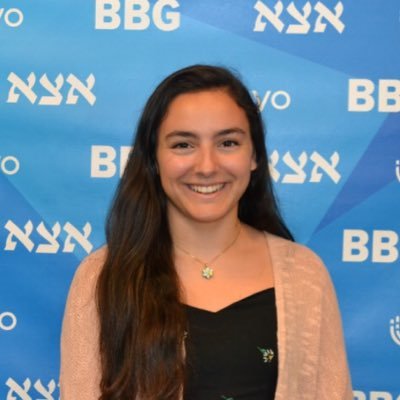 A podcast about how the Hulu documentary, “I Am Greta,” connects to the Jewish call to climate justice.